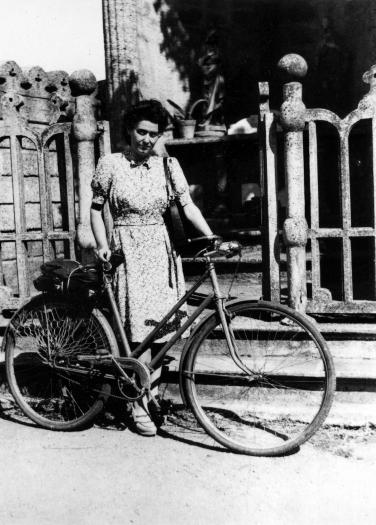 Via the website Belgium WWII, CegeSoma intends to highlight the findings of the research into the Second World War and thereby contribute to a better understanding of this period of history. Among the latest articles published online, the Resistance is put to the foreground in particular, including its les prominent aspects, as illustrated by the articles about the Légion nationale and its leader, Paul Hoornaert. But the latest additions do not only bear on the Resistance.

Indeed, step by step, the topics complement one another. We have already mentioned a couple of months ago the online publication of the biographies of a number of governors. In the meantime, others were added, including Georges Doyen, Jacques Dewez and Emmanuel de Croÿ, and a new article about the governors explains these important cogs in the machine, how they were kept up and running in a war context and the decisive influence of the nomination policy at this level.

Some of the latest articles posted online tell the stories of special destinies.  They have in common that they have somewhat sunk into oblivion despite the exceptional feats that were accomplished. For example, Marina Chafroff, first woman sentenced to death and decapitated by the occupant on 31 January 1942 for acts committed in occupied Belgium. While Victor Martin may certainly be sightly better known, his committment has not left a lasting trace in the collective memory. But there are also resistance fighters who themselves wished to rather stay under the radar. This is the case of Hector Demarque, alias Clarence, a very active member of the intelligence and action networks, whose  individual journey is difficult to retrace however, not least because he has donated his archives to the Imperial War Museum.

While special life stories make it possible to recount particular commitments and feats, the same is true for special days in the history of the occupation that are remembered in the form of anniversaries. Of course, they alone cannot provide a full understanding of the key issues at hand, but they serve as snapshots revealing changing relations and tipping points in the course of the struggles. On 10 March 1942, when a contingent of Walloon volunteers was deployed, an operation with three objectives was carried out by Communist resistants at a time when armed actions multiplied. People from the same Communist circles carried out an action at Bois-du-Cazier on 27 April 1942 where they succeeded in getting hold of 300 kilos of dynamite and 2000 detonators. These were all signs of intensifying resistance actions...

Five key issues… of the Resistance

Belgium WWII was complemented with six new videos about the Resistance. In the beginning, the website predominantly featured articles about collaboration and repression on the one hand and about justice on the other hand. These issues were chosen because of the weight of the myths and representations they convey. But soon we found that the Resistance also needed a place on the website. So, step by step, this was implemented. The six videos provide an excellent first overview of what the Resistance was all about – its regional roots, the commitment of women among the ranks and their absence from the collective memory, its legacy in Belgium, and the diversity of sources that allow us to study the Resistance. In addition to the six videos, some two hundred notes are directly or indirectly linked to the history of the Resistance. In short, a subject likely to be expanded upon.