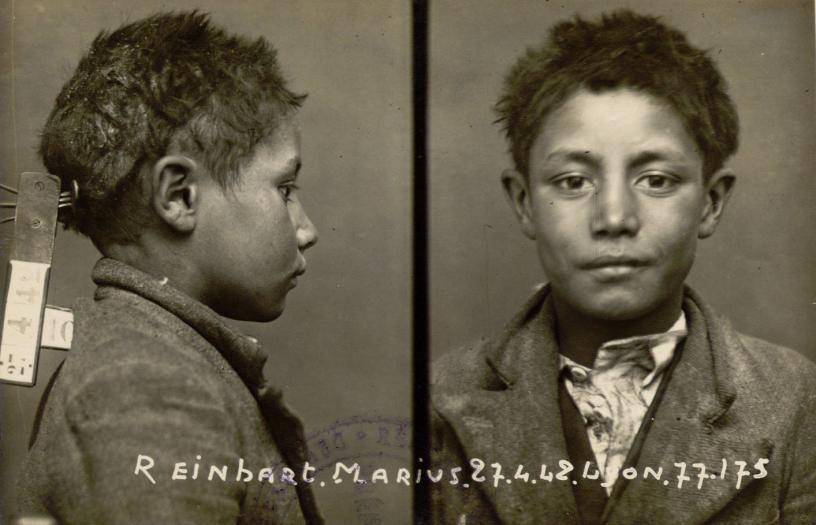 Taking place at the University of Namur (Belgium) in May 2021, this conference will focus on the study of power relations through the prism of photography. The conference is organised by the HiSI (History, Sound, Images) research group in collaboration with the UCL and the CegeSoma.

The goal of this academic event is to engage simultaneously with the phenomenon of domination (understood here without any kind of time or space limit) and the technique of portrait photography (1840-2000). How is this kind of personal, if not private, image influenced/affected – in its themes or mise-en scène – by colonial or war contexts, by class, age, race or gender relationships, or by any other relation of subordination or stigmatisation? To which extent can the photographic portrait be interpreted as a visual expression of domination and/or as an “instrument and mirror of hegemonic power, capable of classifying, disciplining, fixing, and coding” (Grandin 2004 : 84)?
Considering that the photographic portrait brings together a photographer and a sitter in a given context, and that it, at times, assembles within the same frame the “dominant” and the “dominated”, those images appear to be historical sources that can potentially reveal hierarchised relations, but also identity imposition or (re)positioning. Indeed, “however hard the photographer tries to exclude, the camera lens always includes” (Pinney 2003 : 7). The central question is to identify who dictates or frames the image: based on the context, is it the benefactor, the photographer or the sitter who, although objectified, is not necessarily deprived of all initiative? Photography has the double power to “mak[e] visible not only to dominant visual ideologies, but also their subversive appropriations” (Corronil 2004: 4), the latter of which potentially referring to the concept of secondary adjustments developed by Goffman (1961). It is the researcher’s responsibility to tackle this essential aspect of visual sources.
Our decision to study specifically the photographic portrait in diverse contexts aims at contributing to two fruitful research developments: firstly, to fully integrate photography as a (res)source for (colonisation, gender, war, medical) history and, secondly, thanks to the variety of case studies, to deal in depths with critical epistemological and methodological issues specific to portrait photography arising when one attempts to explore its full potential.
Within the frame of this conference, portrait photography is understood as any black-and-white or colour photography representing one or more persons, having been expressly placed in front of a camera. Often deprived of any kind of metadata, old portraits can be intriguing and the interaction with anonymous faces and bodies can simultaneously fascinate, trouble or even shock because of their visual semantics. Moreover, photography is a textured and fertile source (Pinney, 2003:6) in the sense that it contains both what it
intends to capture and what it missed. Beyond the attractiveness and the richness of photographic material, our intention with this conference is to make a step forward into the scientific treatment of such sources.
The papers should focus on image analysis. The contextualisation of photographs would serve as an indispensable analytical tool, but should not become the finality of the presentations. Each contributor would aim at studying the photographic expressions of domination relations, at precisely identifying their visible (or less visible) elements, as well as the specific forms that these can take based on context. In this perspective, the questions are plentiful: who has taken the initiative of the photographic act? Who and what are the pictures for? What are the concrete visual markers of domination/subordination? How is photography influenced by and/or
participating to setting up the logic of domination? What are the main representations of a given group? Is it possible to identify visual signs of resistance to domination? What were the consequences of the portraits for the sitter(s)? What was the usage of these photographs? Have some portraits been (re)used for any other purposes than the one they were meant to?
This conference is for historians and social scientists with a strong interest for the use of photographic material as sources for their research. This includes specialists of visual studies, historians of photography, or specialists of domination contexts inclined to work with photographic documents.

The deadline for sending paper proposals (2500 signs, including spaces) and a short bio-bibliography is the 15th of October 2020. Both should be sent to the following email addresses:
alexandra.deheering@unamur.be ; anne.roekens@unamur.be
The applications (as well as the presentations) can be written in French or English.If possible, please provide two copies of the portraits that you would like to use for your presentation.