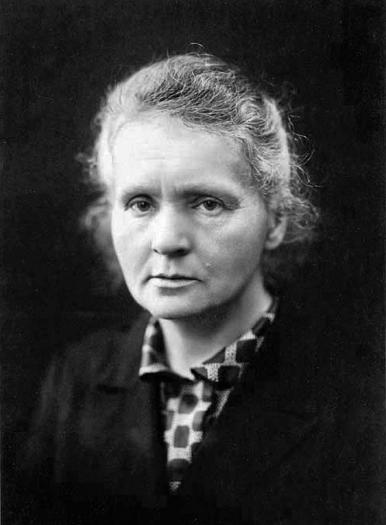 Our colleague Adina Babeṣ-Fruchter, who is a project associate for EHRI (European Holocaust Research Infrastructure) has been awarded a prestigious Marie-Curie postdoctoral fellowship to do research at KULeuven, under Prof. M. Kohlrausch, on an underexposed aspect of the Holocaust : the fate of Jews who did not have the nationality of their country of residence.

The Marie Skłodowska-Curie Actions fund excellent research and innovation and equip researchers at all stages of their career with new knowledge and skills, through mobility across borders and exposure to different sectors and disciplines. The MSCA help build Europe’s capacity for research and innovation by investing in the long-term careers of excellent researchers. The objective of Postdoctoral Fellowships is to support researchers’ careers and foster excellence in research. The Postdoctoral Fellowships action targets researchers holding a PhD who wish to carry out their research activities abroad, acquire new skills and develop their careers. PFs help researchers gain experience in other countries, disciplines and non-academic sectors.

Nobodies' Jews : Non-national Jews between Refuge and Deportation during the 1930s and the Holocaust

The Nazi’s rise to power and occupation of large swathes of Europe had a significant impact on more than 17 million individuals, who were targeted for their ethnic/religious background, political beliefs, physical/mental disabilities, or sexual orientation. Jews formed the biggest group that was racially targeted by Nazi Germany, and resulted in 6 million victims.  From the early 1930s until the mid-1940s, Jewish people in all European countries suffered from the increasing destruction of the Nazis: their social, civil, and economic rights were removed, their living and work conditions were affected, and their physical and psychological states suffered irreparable consequences. A significant number of the Jewish victims in Nazi-occupied and Nazi allied countries were non-national Jews. Within this group, along with interwar immigrants from Central and Eastern Europe in search of better lives, a large number had become refugees following the breakdown of their countries and the loss of citizenship after the Reich’s conquests of the 1930s. Tragically, many of them found refuge in countries that were subsequently occupied by Nazi Germany, from where the vast majority of them would be deported and killed.

The overarching aim of ‘Nobodies’ Jews: Non-national Jews between Refuge and Deportation during the 1930s and the Holocaust’ is to construct a contextual timeline portrait of non-national Jews’ lives, specifically the refugees of the Nazi’s rise to power and conquests, by revealing who they were, how legislation and local institutions addressed them before and after the Nazi occupation, and how the local population responded to their fate throughout 1930s and the Holocaust years. Taking Belgium as a particularly relevant case study, the project investigates Jewish refugees from Western Europe and Central and Eastern Europe alike by developing an analytical framework comprising legal, institutional, and social standpoints. Set around three research objectives and cutting across several disciplinary fields, this project will build a socio-demographic portrait of Jewish refugees in Belgium; will reveal how their political, civil, and economic rights were addressed by the state legislation and institutions before and after the Nazi occupation; and how the interactions with the local Jewish and non-Jewish population impacted their lives throughout that period. This research idea will be implemented by mobilizing two methodological approaches and a variety of research sources. The research data will be analyzed by employing statistical software and digital humanities tools.

The Nazi occupation dismantled several European countries, stripped Jews of their national citizenship rights and forced approximately half a million of them to seek refuge by 1942. This research subject, will contribute to our wider understanding of the position of Jewish refugees. Investigating their lives from legal, institutional, and social standpoints, and over the course of several years, rather than focusing on a specific time, will enable to gain major insights into refugees’ lives in countries to which they fled, as well as the adjustments they made. Finally, building a non-discriminatory future for European society depends on documenting the terrible shift from normality to Holocaust, thus preventing the reoccurrence of similar atrocities.

The fellowship starts on 1 September 2021 and runs until 2 March 2025. The mandate can fortunately be taken up flexibly, allowing Adina to continue working for EHRI for 40% of her fellowship, so that EHRI and the State Archives/CegeSoma may continue to rely on her highly valued expertise.

Other news
Results of the ADOCHS project
Call for papers
JOB VACANCY
ADOCHS study day: Register now!
The Resistance in Belgium: a debate
Belgium WWII, from governors to post-war justice
The CegeSoma photo library is back in the Square de l'Aviation
New reservation system for the reading room (as from 15 june)
A Belgian researcher in the archives of Pius XII, the wartime pope
Special issue of 'De Leiegouw' about resistance and collaboration
The censored and underground press of the two world wars now accessible via the Abraham online catalog
Was grandpa a hero?