“Tell me what you read and I’ll tell you who you are” some good writers say. This peremptory assertion ought to be somewhat put into perspective however. Indeed, in the course of a life, the fields of interest of men (and women!) may certainly evolve and the eclectic nature of a personal library may in fact be the result of successive particular interests (or professional obligations).  Personal book collections are certainly shaped, sometimes inevitably, by key events that left a mark in a person’s life, and more than once the memory about a past and long gone “trauma” manifests itself - sometimes poignantly, sometimes more subliminal - in a world of paper and ink. The expression of such a “past that does not pass” is rarely put down on paper in an appeased manner; and these writings are either coined by a supposedly regained serenity or characterised by a more scientific approach in order to pen an “objective assessment”, to shed a different light on these years engulfed in the depths of the past... Indeed, here and there transpires the strain of hurt memories, of vain moments of exaltation, of dashed hopes, of a wasted youth, of broken promises... This type of literature and sentiment (or resentment?) flourishes among veterans from all periods of time and all countries...

A library such as the one of CegeSoma, dedicated by essence and by “mission statement” to the study of the two world wars, would sooner or later see this type of literature appear on its shelves. CegeSoma has also put particular focus on this literature because it is so abundant, ranging from “personal diaries” or self-published memoirs of soldiers to historical narrations about large military units on campaign or major engagements, strategically important. In the latter case, they are usually published in a more elaborated format thanks to the involvement of publishing houses, and have quite some success among the large public once they hit the shelves.  Needless to say, the historian on duty quickly understands the limitations of these kinds of literary productions, in particular their quite significant part of subjectivity. Mentally stuck in a specific time period, the author rarely goes beyond a mere statement of facts, he barely conceptualise and hardly put into perspective his personal odyssey or that of the belligerent/militant community to which he adhered during a key moment of his life. 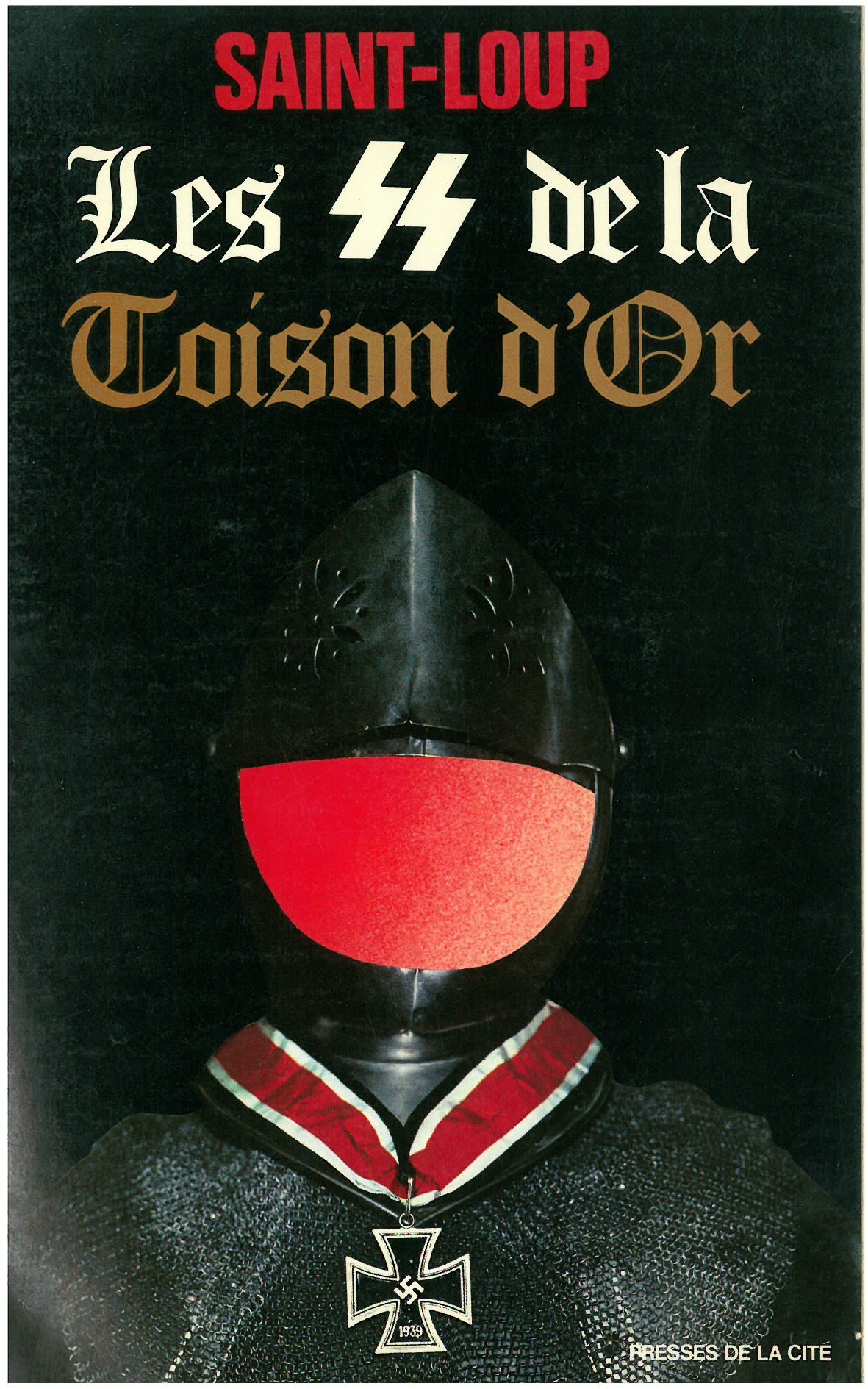 In other words, this type of literature shows a weak degree of critical analysis and is characterised by its intentional or unintentional apologetic nature, in which the sum of the struggles that the author underwent due to his or her life choices becomes justification or excuse for everything. And even some “omissions” are sometimes required: mentioning the one or the other event that took place between battles might indeed be regarded by contemporary readers as a stain in the narrative, as an alteration of the value or purity of the extreme commitment taken “in illo tempore”.Nevertheless, by systematically tapping into these writings and accounts and their factual parts, one can draw up a psychological panorama of these times and of a community within its particular “space-time” environment.

To some extent, the library of Jan Vincx, which was recently so kindly bestowed upon our institution by his family, is quite representative of such “engaged literature”, much more committed to the  strictly military aspects of war than to its militant and political ones. Jan Vincx is actually not an unknown figure among  the small world of Dutch-speaking historians studying the Second World War. In his early twenties he volunteered in the Waffen-SS for the Eastern Front and belongs to that category of fighters who “came back from the war... but never overcame it”! A look at his library indicates that the parable of his Flemish ideal rests on his engagement in a feldgrau uniform at the service of a “Greater Germany” and a “New Europe”. A “New Europe” spelled out in a somewhat peculiar tone, as everyone knows... By accumulating dozens, even hundreds of publications about the “Eastern Crusade” and the different units of the Waffen-SS that were involved, Vincx does not really question anything: he visits and revisits a fight and its combatants without ever disavowing them or questioning the goal of this campaign (one can imagine the Germanisation of Russian lands that would have taken place if the Reich would have won). It becomes clear how much this type of literature, mostly in Dutch in his collections, is full of clichés and deadlocked in a warlike register. Furthermore, these writings were in vogue during the 1970s and 1980s, when in our regions the censorship and self-censorship that emerged in the aftermath of the Second World War, over time, slowly lost its grip so that both professional and amateur historians were able to address various aspects of collaboration, including military, paramilitary and policing aspects, with less restraint. Among these amateur historians was Jan Vincx, a prolific writer who did not merely confine himself to building up a topical library for his own use. Indeed, he penned a study of epic proportions (7 volumes) titled Vlaanderen in uniform published by “Etnika” editors in 1980-1984 (still very sought after by amateurs of uniformology), but also more discrete writings with self-justification purposes, such as the collective works Wee de overwonnen ! Strijd en offergang van de Vlaamse vrijwiligers tijdens en na de Tweede Wereldoorlog van 1940 tot… (also published by “Etnika”, in 1985) or Archivalia 1940-1945: Vlamingen aan het Oostfront, Vlamingen op het thuisfront (Etnika, 1995).

This body of writings surely holds something of interest for amateurs of hyperbolic or dramatised testimonies, picaresque stories and pictures of military gear...The rest of us will probably think that a library such as the one of CegeSoma cannot ignore that just about any book can be put to good use in the right hands. And if they have no use for these writings, they will look further into our vast and rich collections where everyone can find something to suit their needs!