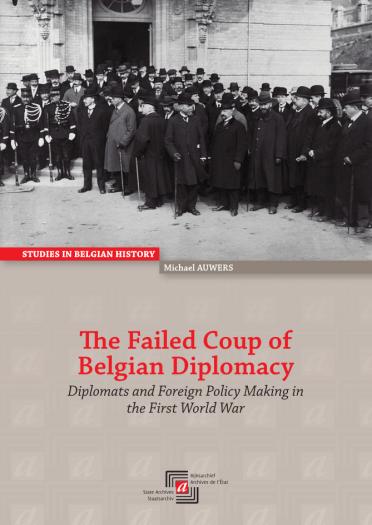 The Failed Coup of Belgian Diplomacy challenges conventional ideas about Belgian foreign policy during World War I. According to the prevailing narrative, the inexperienced politicians representing Belgium at the Paris Peace Conference made a strategic mistake by betting heavily on territorial expansion at the expense of, among others, the neutral Netherlands. That narrative attributes too much power to politicians as makers of foreign policy and underestimates the impact of diplomats. The book aims to correct these ideas. It sees the implementation of Belgian foreign policy as the result of a conflict between diplomats and argues that an emerging and impatient generation of young diplomats, inspired by the colonial ventures of the late King Leopold II, pushed aside their older colleagues, sidelined King Albert I and took over the reins of Belgian diplomacy.

Through this Belgian story, The Failed Coup of Belgian Diplomacy nuances the common narrative that describes World War I as a decisive period for the takeover of the diplomatic apparatus by European politicians. In most belligerent countries, diplomats were surely accused of incompetence. Many of them were also removed from the center of European politics in the early stages of the war and failed to regain their influence at the peace conference.

In Belgium, on the other hand, a group of young diplomats managed to shift politicians from neutrality to an annexationist program with relative ease. The ultimate Belgian failure at Versailles, this book argues, was largely caused by the lack of consensus within the diplomatic corps on foreign policy objectives. This absence weakened the cohesion and effectiveness of Belgian diplomacy.