We already had the pleasure of offering to those who do us the honor of reading a small overview of the Center's collections of informational or militant periodicals concerning roughly the period 1930-1950. 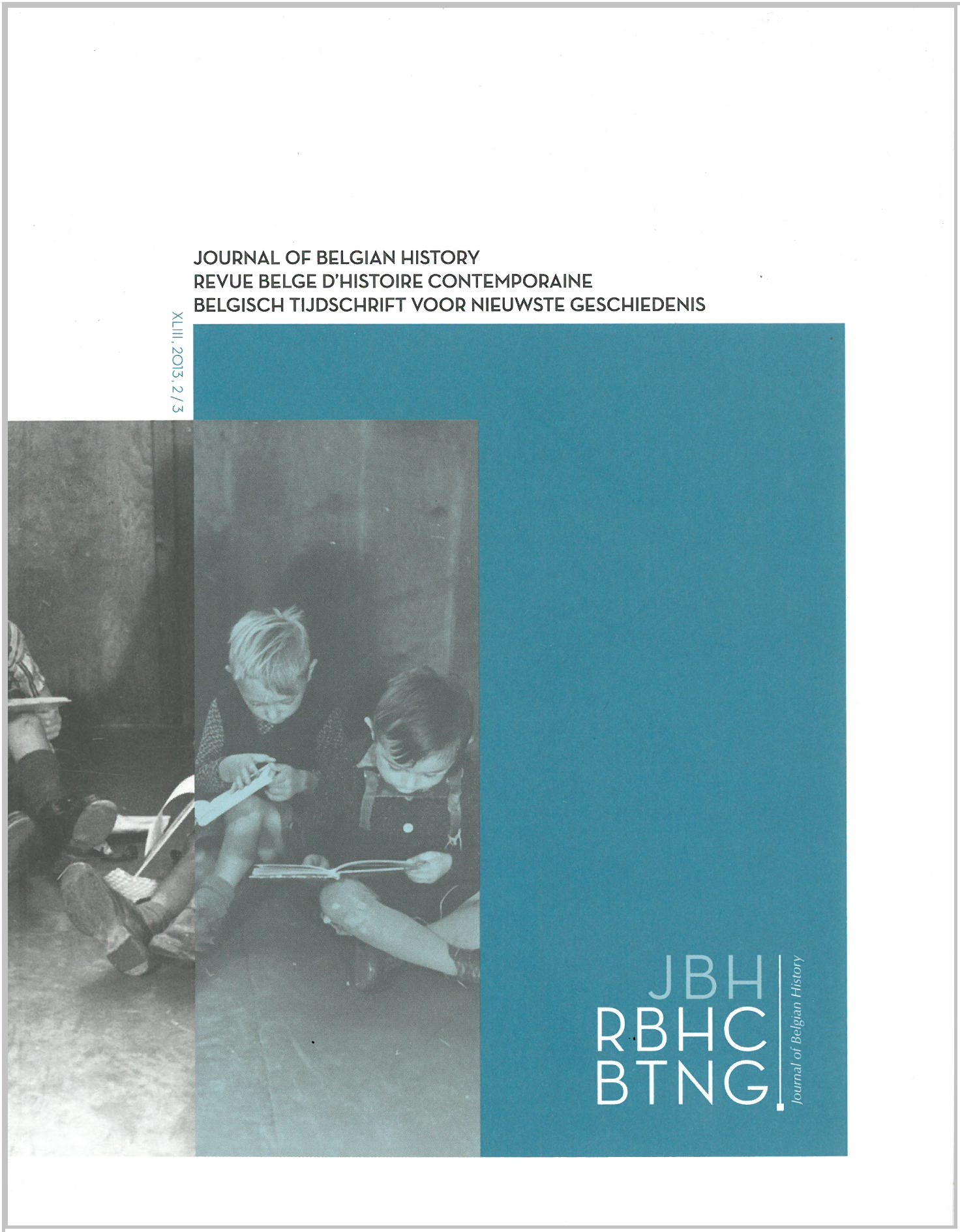 Is it necessary to specify this? This collection, of a certain richness for the "fine" approach of this time period, 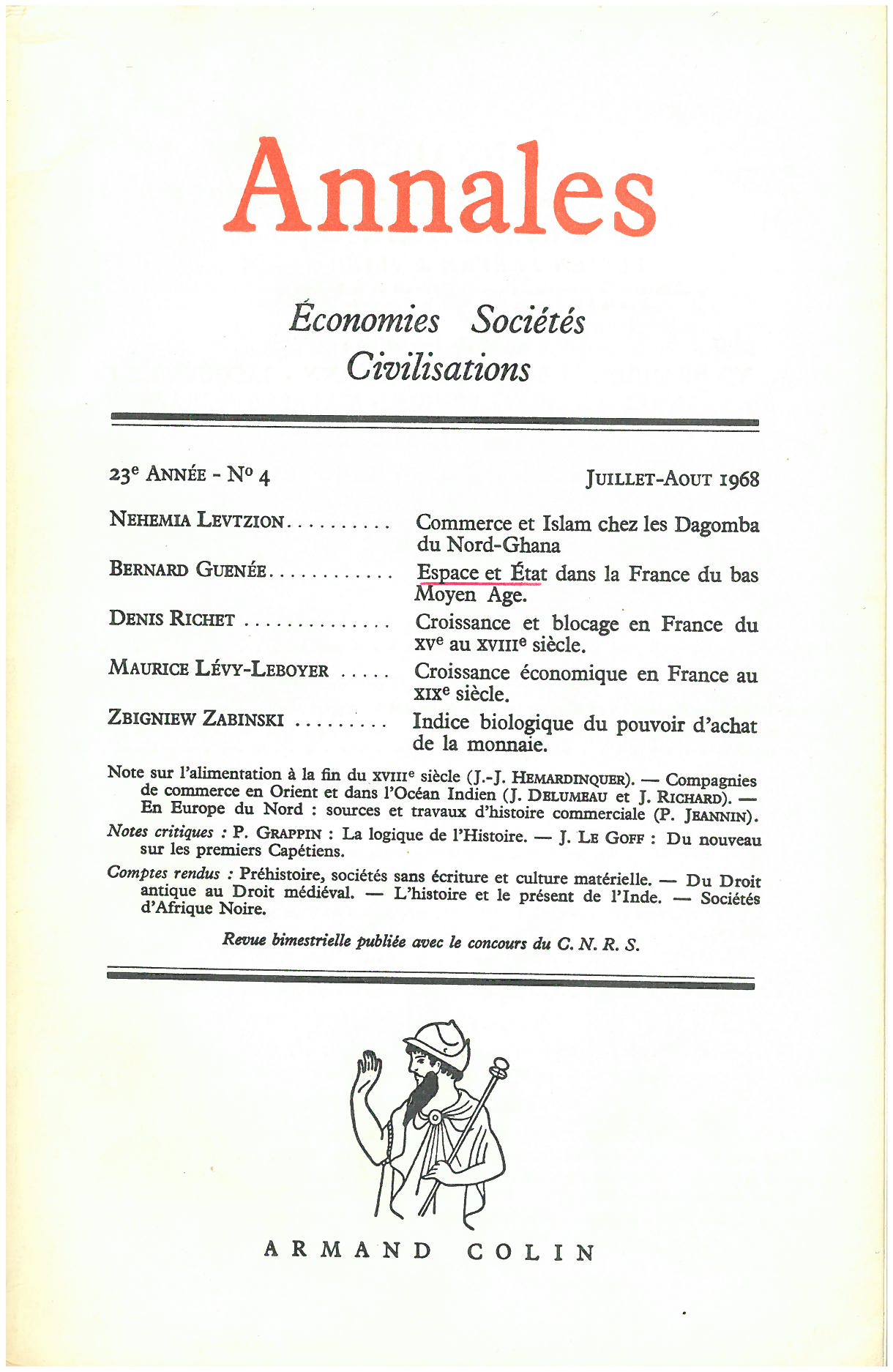 would be somewhat orphaned, conceptually speaking, if it had not been completed by an equally important set of scientific journals directly related to the two world conflicts or, more broadly, to the history of the "short 20th century" apprehended under its political, social, economic and military aspects.

The "founding fathers" of our institution made a very wide selection from the outset, accumulating the great classic titles. Over the years, with the extension of the institution's "Mission Statement", new scientific periodicals were added to cover the fields of investigation that were becoming our own. 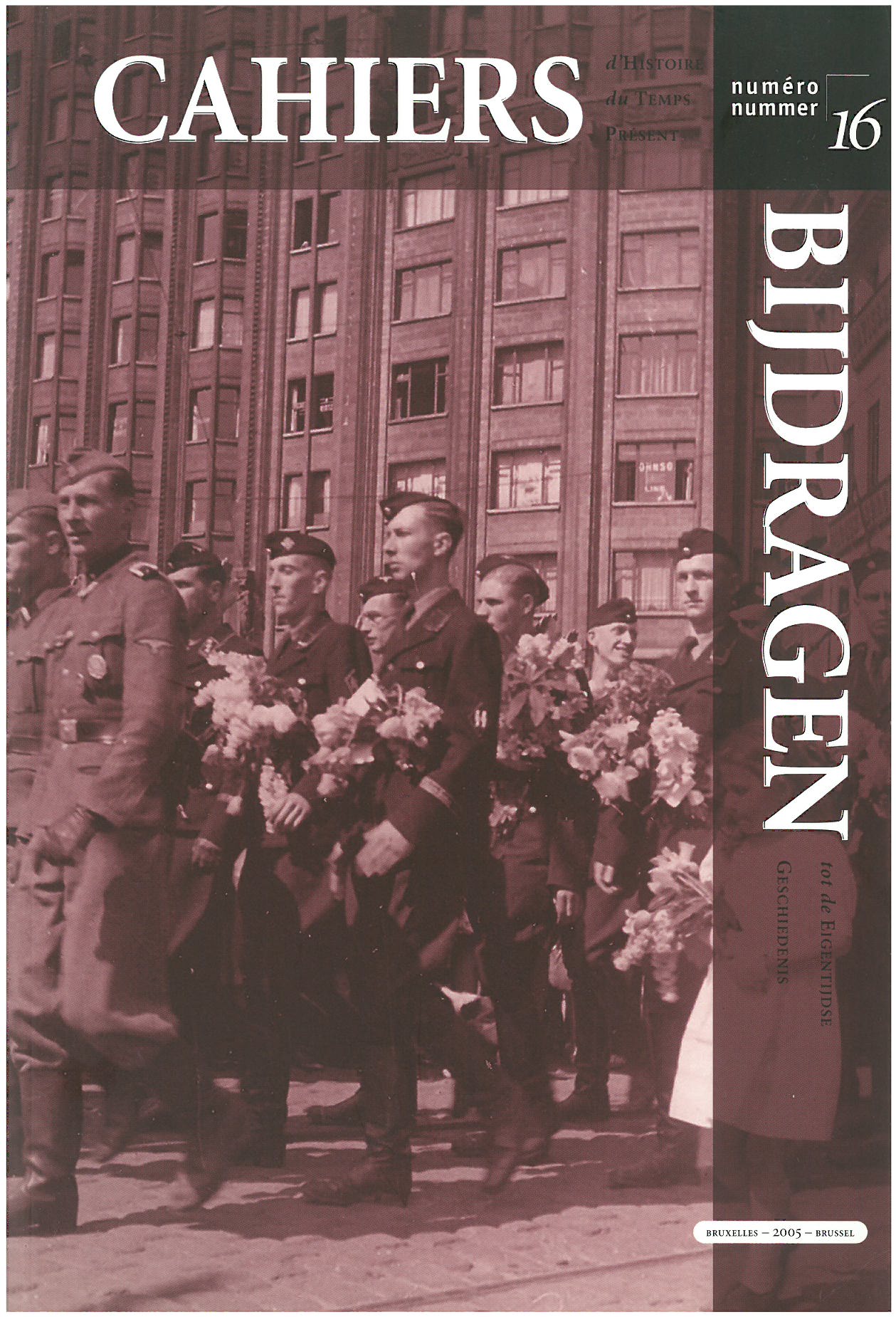 Thus, at the beginning, in addition to "our" own journal (the Cahiers/Bijdragen), we also had the complete collection of the venerable Revue d'Histoire de la Deuxième Guerre mondiale ( from its first issue in November 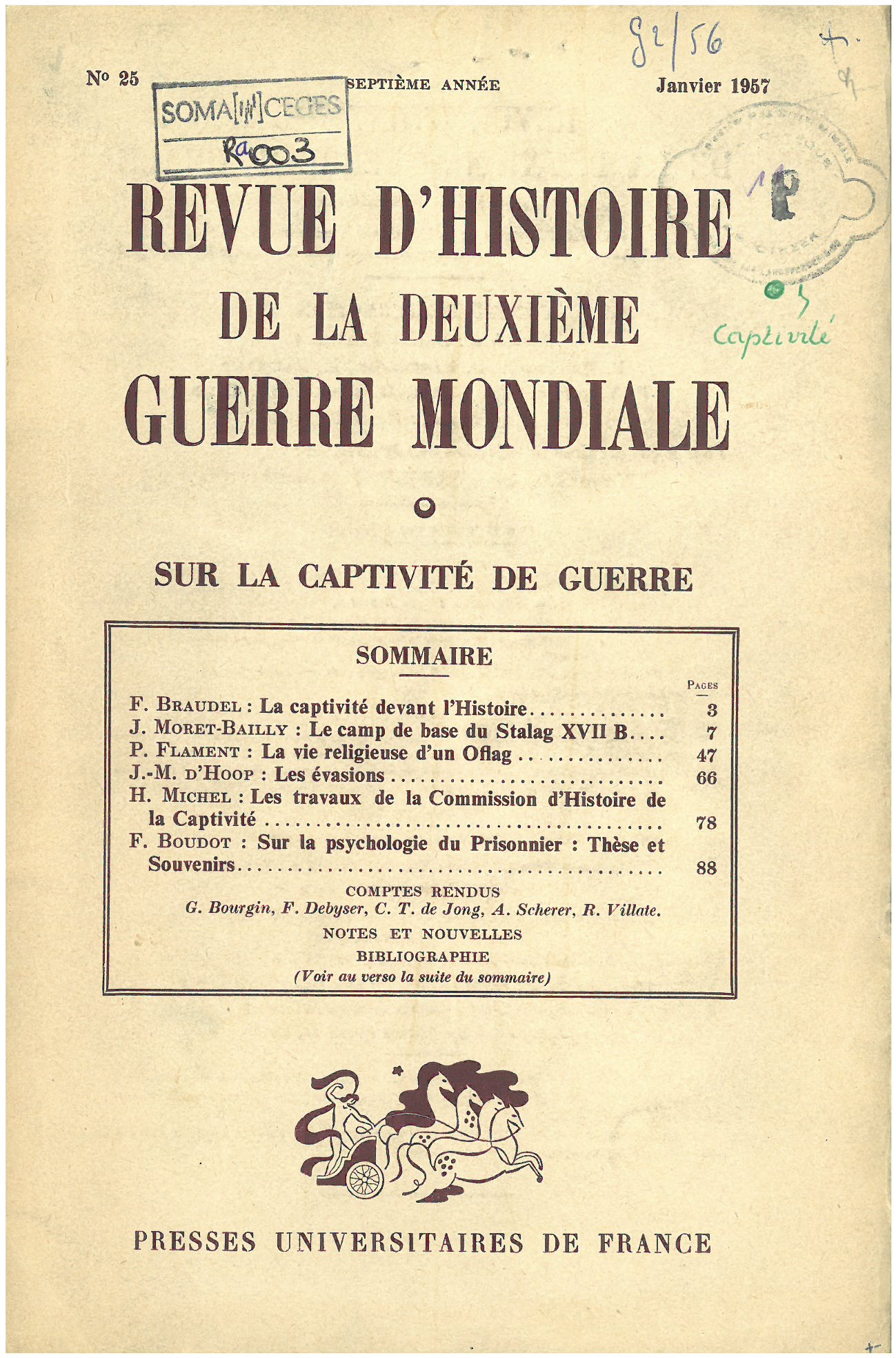 1950), as well as that of the no less venerable Vierteljahrshefte für Zeitgeschichte ( dated 1955 ), and of course those of their respective successors! In the case of the first mentioned title, it is Vingtième Siècle - Revue d'Histoire and Guerres mondiales et Conflits contemporains, which already accumulate a good number of years. The Belgian publications are, for a long time, very present as regards the academic research with the Belgian Review of Contemporary History/Belgisch Tijdschrift voor Nieuwste Geschiedenis (which ended up absorbing, on the long term, the review of the Center in its last version, i.e. the Cahiers d'Histoire du Temps présent/Bijdragen tot de Eigentijdse Geschiedenis... ) but also the Revue belge de Philologie et d'Histoire and the Revue d'Histoire ecclésiastique. 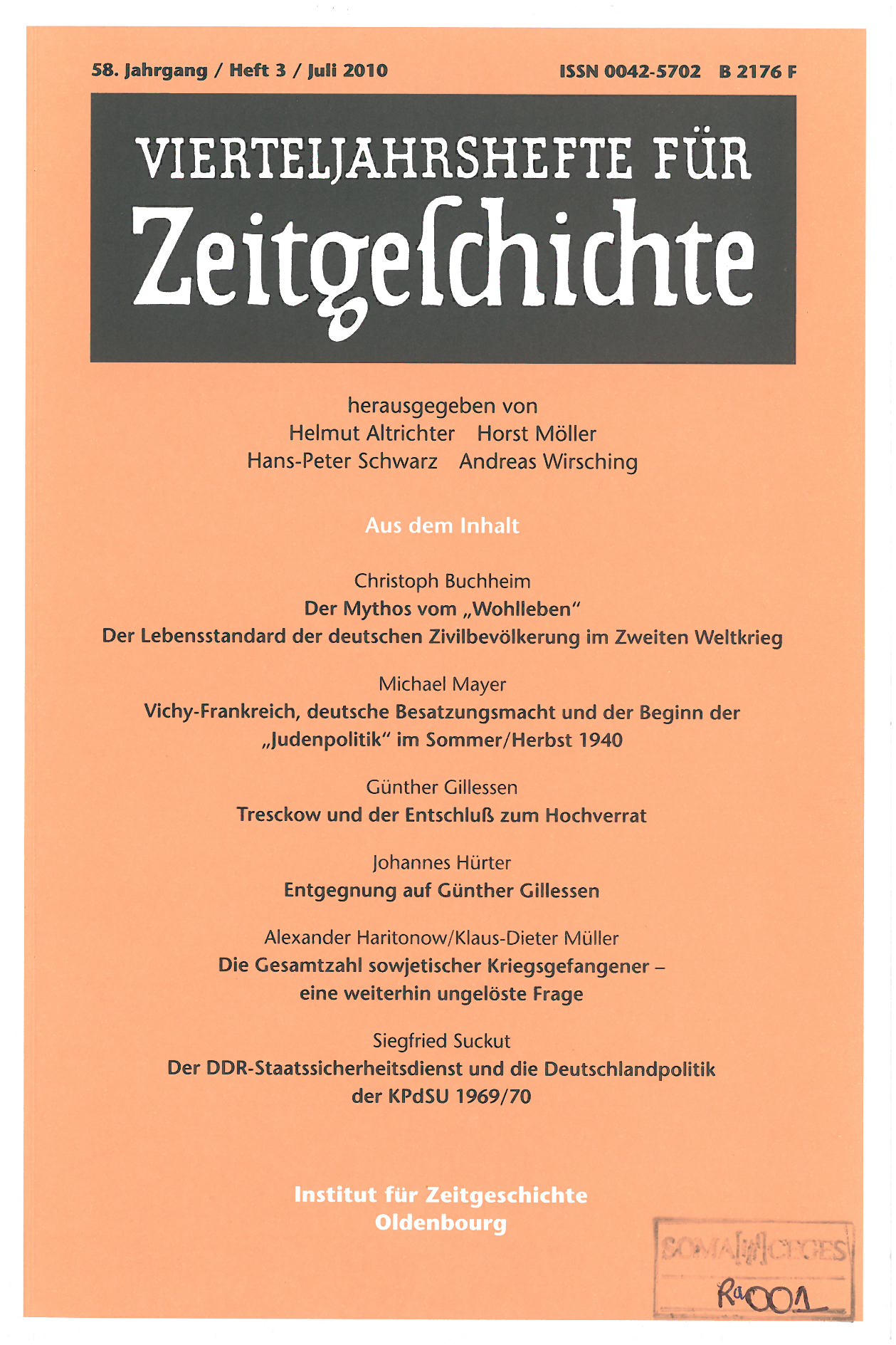 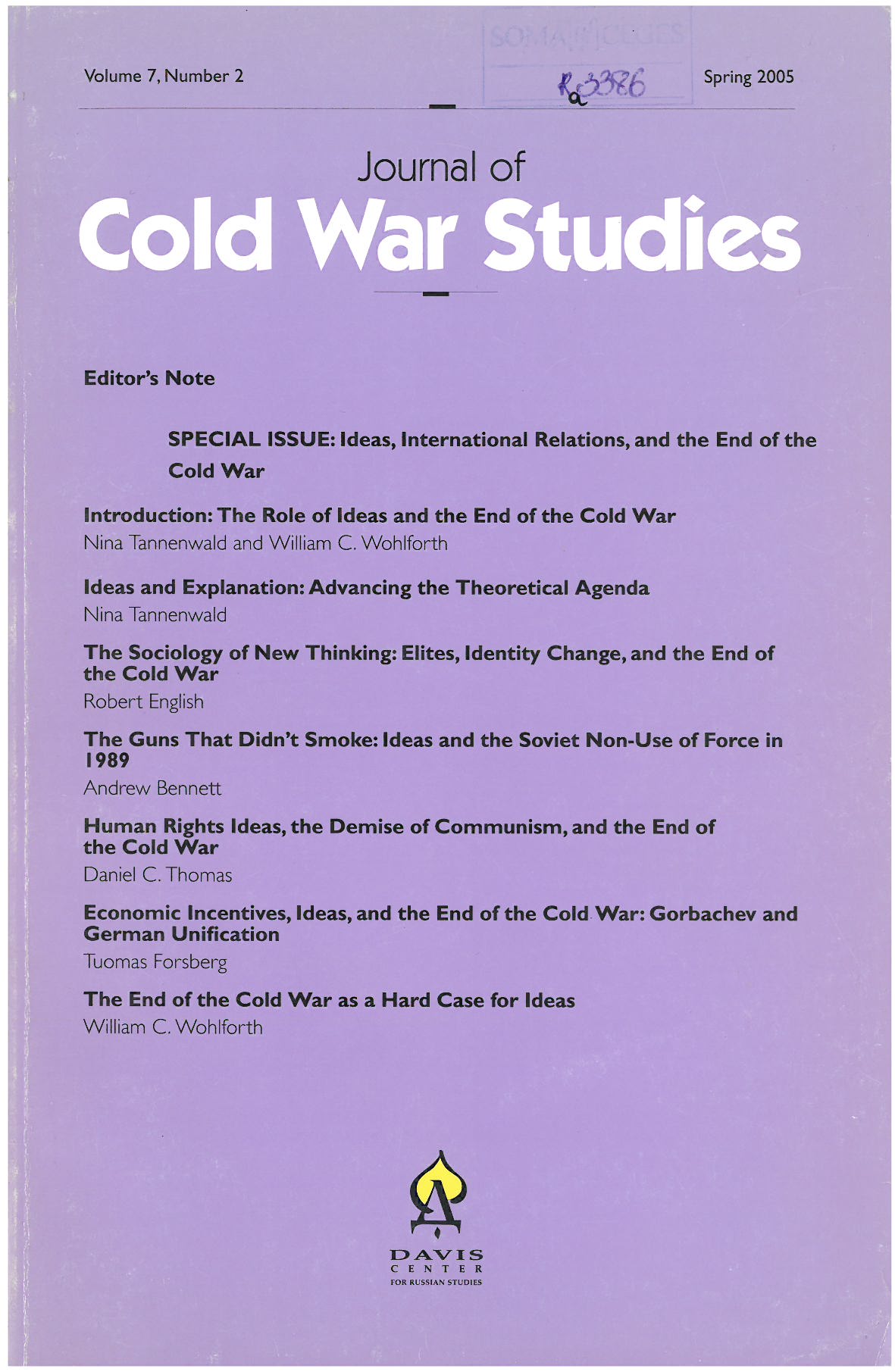 concerning the contemporary period, such as the Journal of Contemporary History, the Journal of Modern European History, and Italia Contemporanea.
Over the last few decades, the fall of the "Soviet bloc" opened up new historiographical avenues, and the introduction of titles with a strong flavour (?) of the "zeitgeist"was not overlooked. But before that, we had already been interested in all the issues related to the genocidal policies carried out during the Second World War (Holocaust and Genocide Studies, Revue d'Histoire de la Shoah, Yad Vashem Studies,...) before focusing, for a while, on the First World War (First World War Studies) or more extensively on the Cold War (Journal of Cold War Studies). 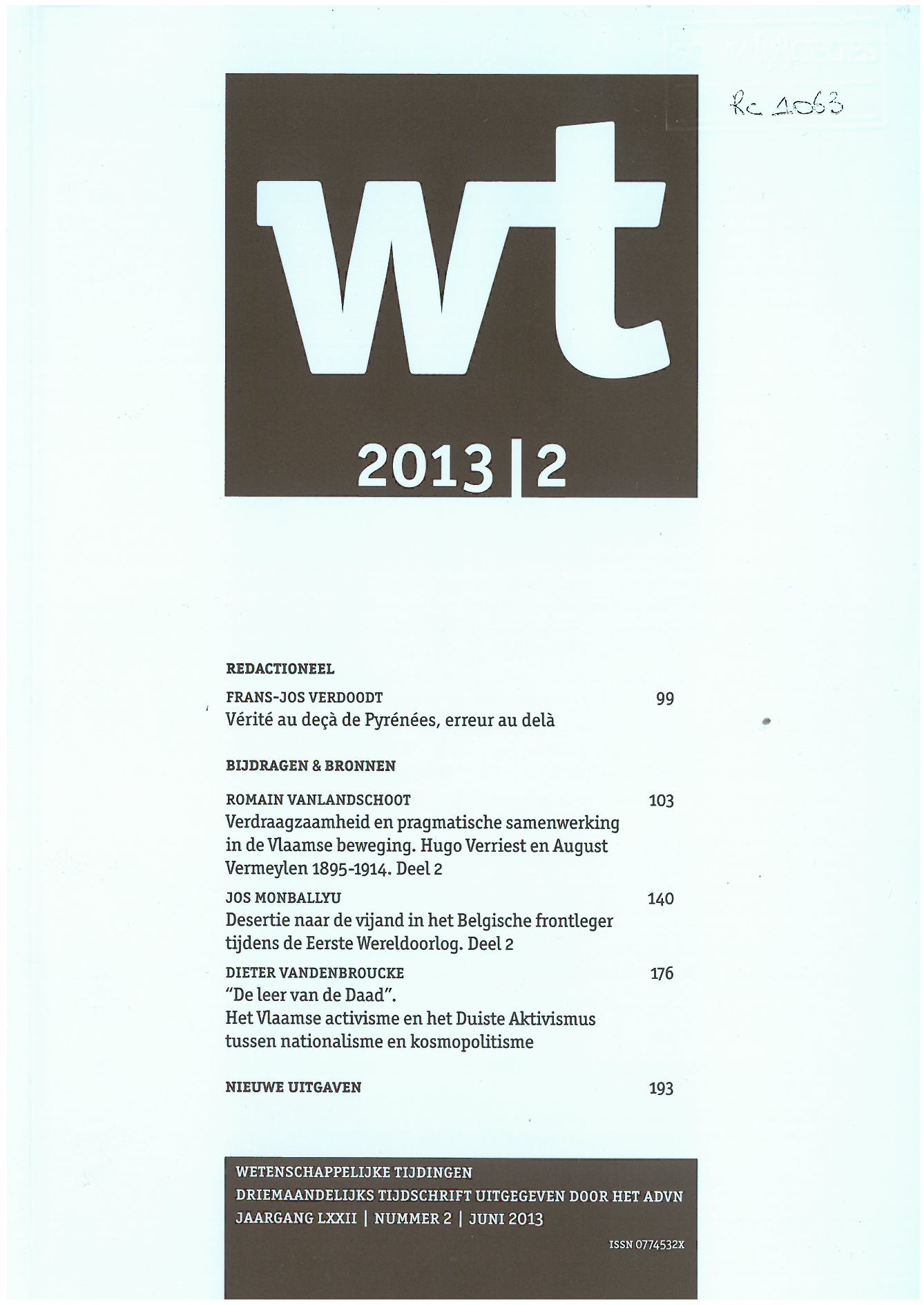 Besides this very professional, highly academic and, to say the least, very "technical" approach to history, there 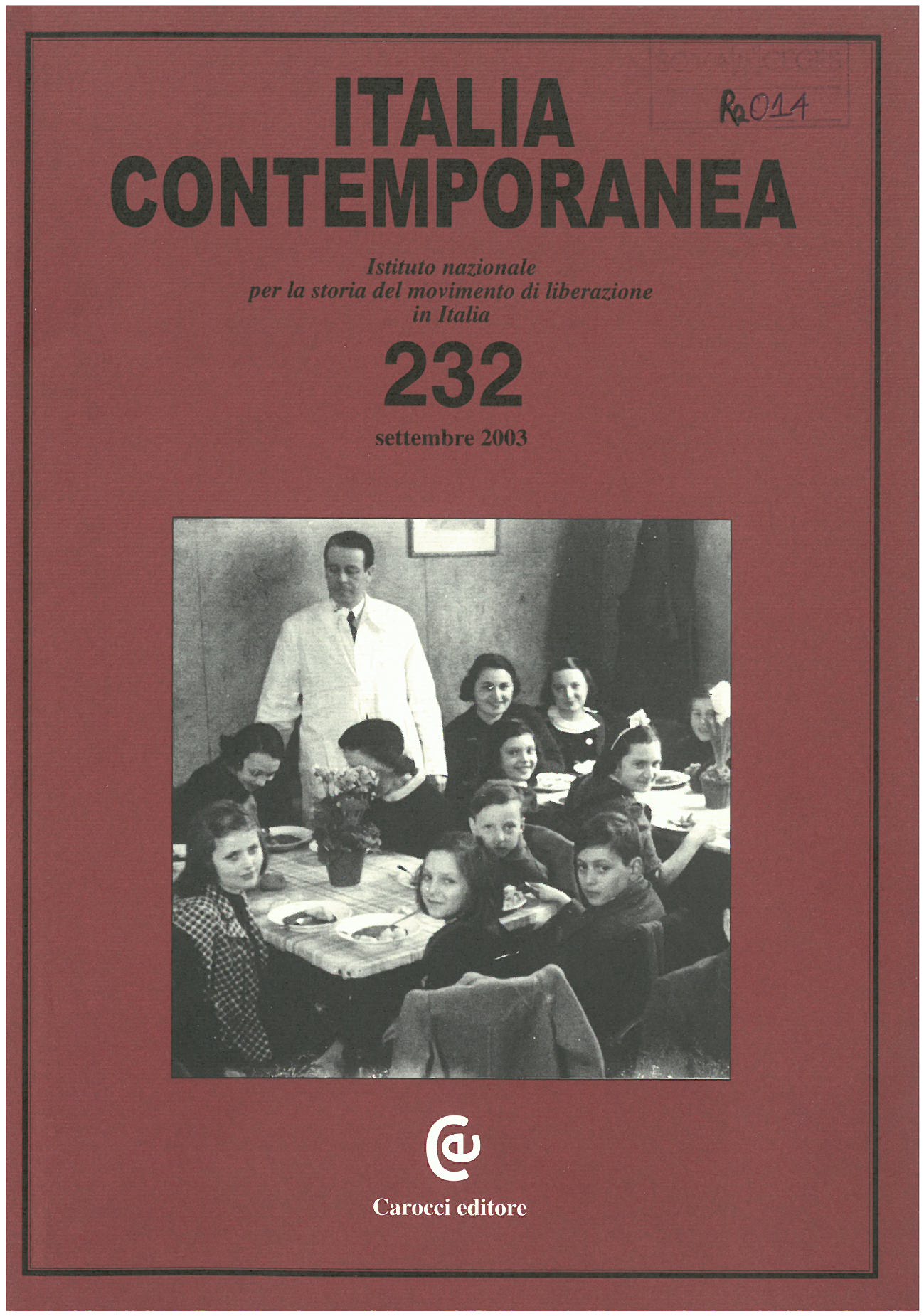 are of course many more general but equally intellectual journals, both Belgian and foreign, which readily address our themes and can nourish historical reflection: We are also very well supplied in this matter with La Revue générale, La Revue nouvelle, but also Le Débat, Esprit and even the Revue des Deux Mondes... Although, in these last mentioned cases, we do not possess complete collections contrary to the properly scientific publications mentioned above, we have been able to glean "the substance" of them! 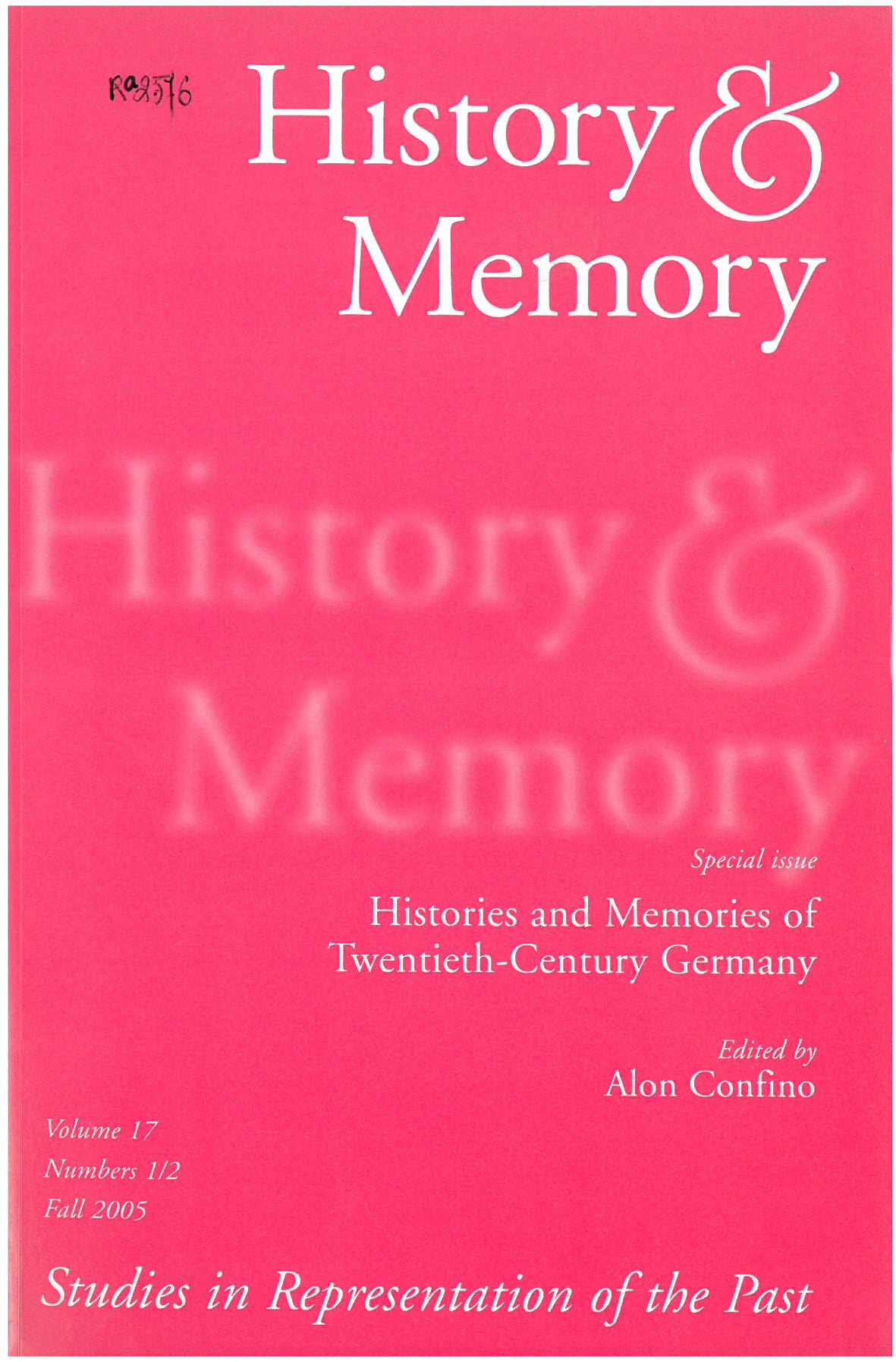 They are thus dozens and dozens of titles obtained by subscription or by acquisition through antiquarianism. And, as one can guess, not all the subjects that are dealt with in them are necessarily of direct interest to the 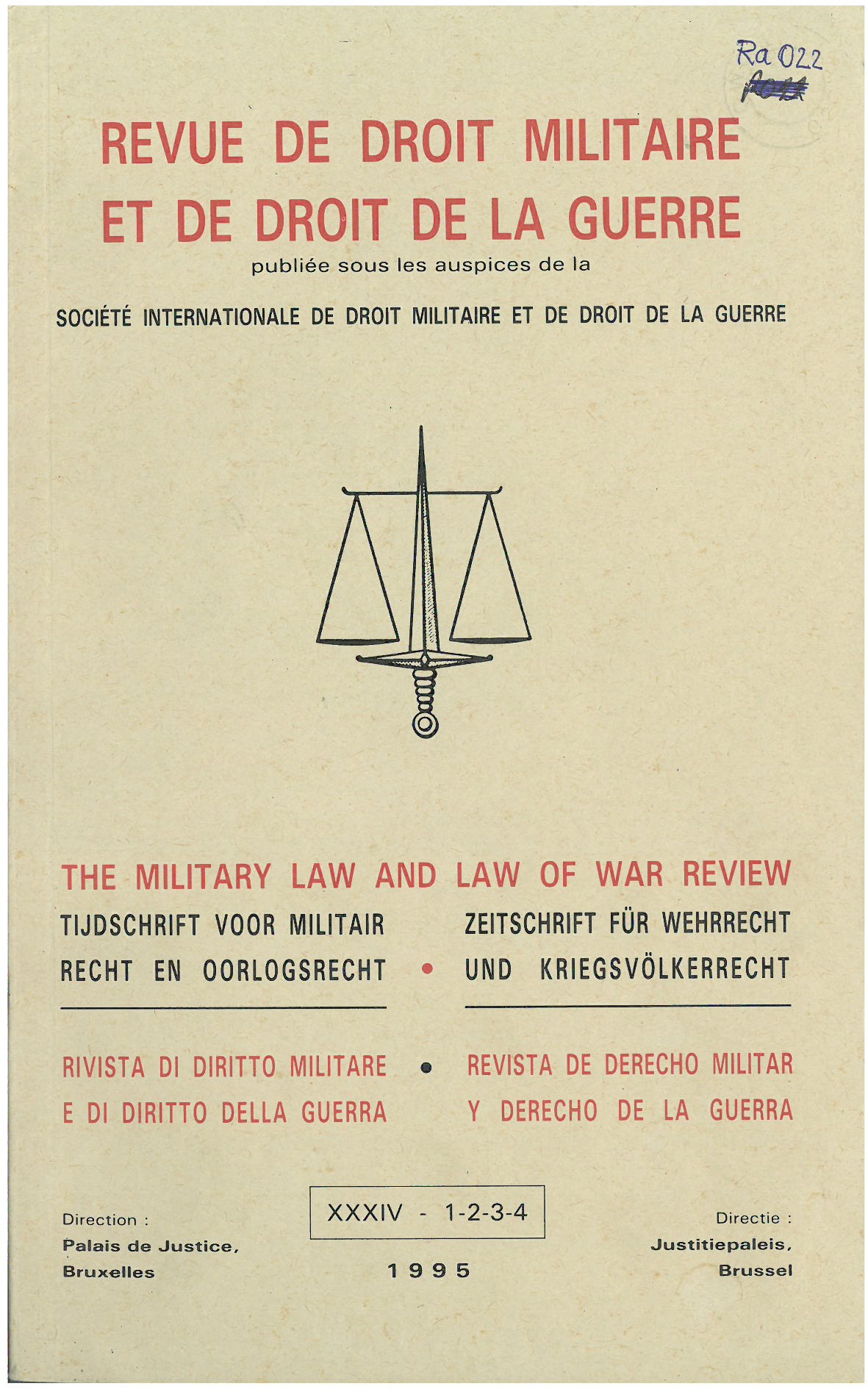 researchers attending our institution. But to help them in their task, a reasoned selection of contributions likely to refine knowledge of the two world conflicts has been systematically carried out by the manager responsible for the Library since 1991. This choice is, of course, somewhat subjective ! But, in the end, is this not often the case in the human sciences?

A final observation, before we take our leave: most of these journals are now "online", which facilitates their access, given that a certain number of issues, in the case of less well-established or least widespread publications, have still not benefited from digitization and must be consulted on site.