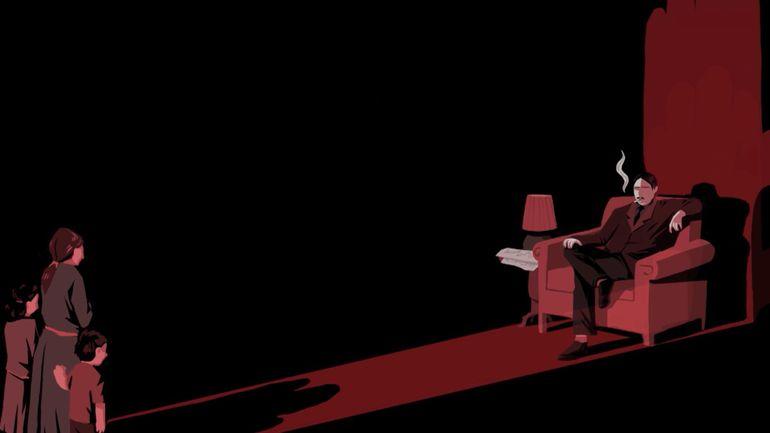 Three years ago, Koen Aerts (who in the meantime became a member of CegeSoma's scientific team) presented in the conference room of our institution a preview of  'Kinderen van de collaboratie' a VRT documentary series broadcasted in several episodes on Canvas. The following year, a source guide for the history of collaboration in Belgium was published in French and Dutch under the title ‘Papy était-il un nazi ? Sur les traces d'un passé de guerre'. / Was opa een nazi?’ Speuren naar het oorlogsverleden'.  ( « Was Grandpa a Nazi? On the Trail of the War Past »). A book that soon became a must-have to discover the war past of thousands of families in Belgium.

But until today, there was no TV coverage of what remained a great taboo: collaboration in the French and German speaking parts of the country ...
It is only now, at the end of 2020, that what could be considered the Francophone counterpart of the program broadcast on Canvas is shown on RTBF. The production company De Mensen/Les Gens and Koen Aerts originated this approach in 2018. The development and production of the series was entrusted to director Tristan Bourlard (Zest Studio) and journalist Anne-Cécile Huwart. Several members of CegeSoma staff and of the Transmemo project team helped them to contextualize the subject both historically and in terms of the intergenerational transmission of the memory of the war.
If on the Dutch-speaking side, the search for witnesses didn’t really cause problems, among Francophones, finding people willing to testify freely about the collaborationist past of their parents represented a completely different challenge.

The 90-minute program "Les enfants de la collaboration" (« Children of Collaboration »), broadcast on Channel One of RTBF on November 25, 2020, gives the floor to seven witnesses. In 2017, on Canvas, the 7-episode documentary series ended with a debate between experts. RTBF has made another choice: the historians' viewpoint will only be available on the Auvio platform. Of course, these two RTBF TV broadcast complement each other.

Therefore, before watching the TV program  "Les enfants de la collaboration"  we strongly advise you to view online, via the RTBF's Auvio platform, the three sequences that were filmed in the presence of seven historians specializing in the subject : Koen Aerts, Christophe Brüll, Alain Colignon, Martin Conway, Chantal Kesteloot, Pieter Lagrou and Florence Rasmont. In three times 20 minutes, they evoke the context of the period (from pre-war to post-warà, define the scope of collaboration in Francophone Belgium, and evoke the policy of repression implemented after the war by Belgian military justice. In short, it is an indispensable complement to understanding the viewpoints of the witnesses.

Finally, we invite you to discover, on the blog of the Belgium WWII website, an article (in French and in Dutch) by Koen Aerts entitled 'Enfants de la collaboration (RTBF) versus Kinderen van de collaboratie (VRT): programmes similaires, réactions similaires?/dezelfde programma’s, dezelfde reacties'.