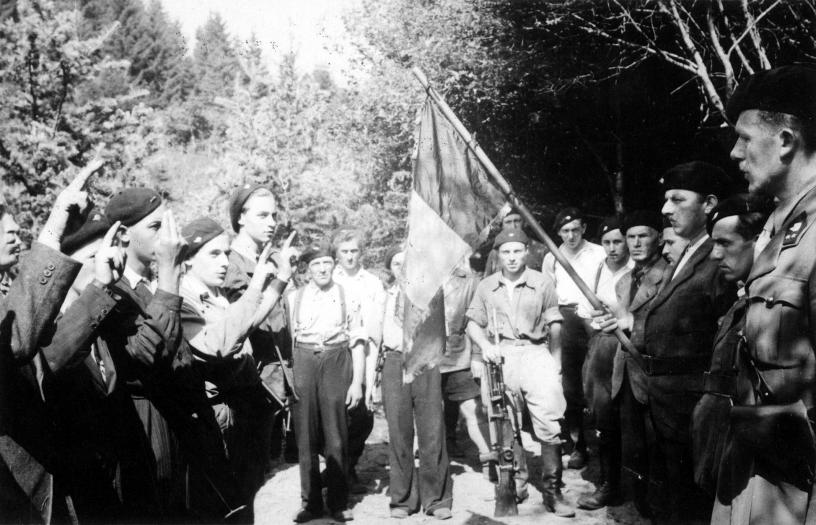 People @ War. A social history of the Second World War and its Remembrance in Belgium is a joint initiative by the State Archives / CegeSoma and Ghent university within the framework of the FEDTWIN program of the Belgian Science Policy Office. Thanks to the funding a long-term reseach project, the expertise of a federal scientific institution and of a university is combined and deepened.

People @ War is aimed at studying the manner in which "ordinary people" have experienced the Second World War and its aftermath. The project addresses an increasing social demand for information and will provide digital tools and other instruments to help bring scientific research and the results it yields closer to the large public.

The individual files held by the judicial and administrative authorities form the basis for the analysis of four groups of the Belgian population whose lives are directly affected by the war and occupation from 1940 to decades afterwards: 1. collaborators, 2. war victims and labour in Germany, 3. resistants and 4. soldiers. Together, they made up about 15% of the population at the time.

The key issue that is examined bears on people's capabity of action during the social crisis of the years of war and on the post-war struggle for recognition. The analysis measures how the 1940s impacted people's individual curriculum, their families and social evironment. How did people cope with war and occupation, and with its legacy? Which interactions took place with agents of administrative and judicial authorities?

Based on this bottom-up research strategy, from individuals to society, People @ War is geared to writing a new all-encompassing social history of the Second World War in Belgium, thereby spurring the societal and political debate about the long-term impact of the Second World War, with a view to the eightieth anniversay of the Second World War (2025). Furthermore, the extensive and systematic prospection and exploration of sources contributes to improving their accessibility and interpretation. Finally, by developing customised digital tools, access to sources becomes more user-friendly for relatives, researchers and the large public.