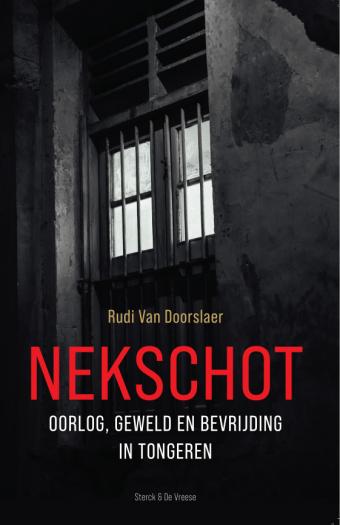 "Nekschot" tells the story of the liberation of South Limburg, culminating in the summary execution of five collaborators on 9 September 1944 in Tongeren. That bloody day is an offshoot of the civil war that plagued Limburg during the last year of the war. For months afterwards the partisans remained present in the streets of Tongeren, a time of terror for some people. Yet this is not just a fight between white and black. The New Order regime led to a social catastrophe in Limburg. This is how the partisans of Tongeren turned into desperados fighting against New Order collaborators.

This study is based on a unique range of sources, but above all on judicial documents from the 1951 trial of the eight partisans held responsible for the executions.

In "Nekschot", Rudi Van Doorslaer also looks for an explanation of the extreme war violence in Limburg