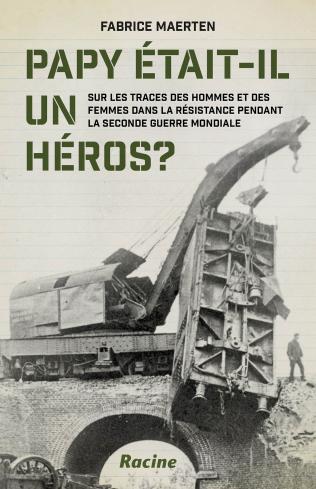 Between 100,000 and 150,000 men and women actively took part in the struggle against the Nazi occupant during the Second World War. They sometimes fought with force of arms. Most often though, they edited underground newspapers, gathered intelligence, helped Allied aviators and aided thousands of people who were persecuted by the German authorities. This engagement came at the cost of ca. 40,000 arrests and ca. 15,000 deaths.

Yet, their history is not well known in Belgium. This new guide is the follow-up of the highly successful book 'Papy était-il un nazi?' (Was Grandpa a Nazi?) and addresses many questions raised by descendants of Resistance fighters and those who wish to better understand the movement and why it sunk into oblivion in Belgium so soon. In the second part of the guide, readers can find practical and detailed information to help them start research about resistance fighters.

The introduction to the book was penned by Nico Wouters, director of CegeSoma.

The must-have guide to trace back the stories of resistance fighters during the Second World War.

Fabrice Maerten (ed.)
Book out of print in French
The online presentation (in French) of the book
To order in Dutch
Resistance
Archives
Underground press