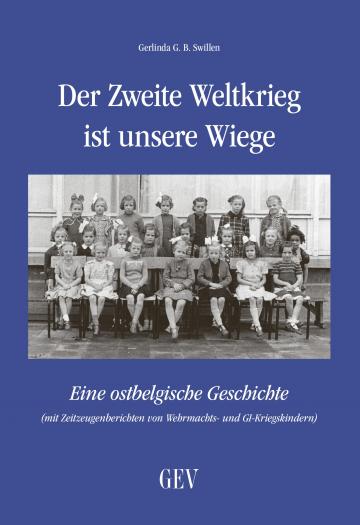 “For years the subject such as the confrontation with extramarital motherhood in times of war has been repressed or concealed. Gerlinda Swillen, a convinced feminist, puts that aspect of the courage of life of women in the spotlight. An exceptional achievement of the author is that she focusses on the children born out of such relations. Recent and current wars demonstrate that the theme of the writer not only concerns dealing with the past.”   Els Herrebout, chief archivist of the State Archives in Eupen

Without wars and conflicts it would not exist: the forgotten generation of children of war, often called children of the occupation. Children born out of relations of native women with soldiers – German Wehrmachtsoldiers and as of 1944 GI-soldiers.

An appeal of hope about a concealed, forgotten generation!