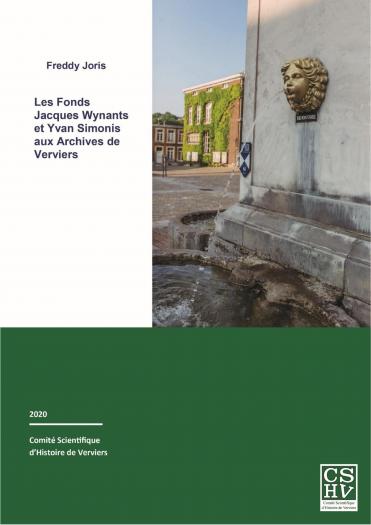 Notwithstanding the vicissitudes of life, scores of human beings show a desire to leave “something” to posterity or, more prosaically, to their family. In doing so, they get the feeling - self-love, vanity, pride, illusion...? - that their passage on this lowly earth was not in vain and that “something” that characterised them shall last beyond mere biological descent and clouds of memories that disperse in the course of time... After all, it is honourable to desire to transcend death, even though this falls into the domain of unverifiable hopes. But after all, doesn’t humanity thrive on hope?

Historians - who usually are neither wealthy nor keen to amass material wealth through the exercise of their profession - are mostly quite satisfied to bequeath an intellectual capital to “theirs” (whether family members or people sharing their passion). And, as everyone knows  this legacy is often just made of “old papers”…  in the eyes of the common people and heirs in a hurry.

Historian Jacques Wynants, who for decades was one of the most loyal and most active correspondents of CegeSoma and who passed away on a sad day of November 2018, would certainly have been very pleased to see what happened to the historical heritage that he had amassed over half a century about his good city of Verviers and its hinterland…Fortunately, this cultural heritage was not dispersed, and keeping its unity, richness and diversity (over 80 archive boxes, piles of newspapers from the early twentieth century, folders, etc.), it found a convenient haven at the municipal archives of the former textile industry city of Verviers, Rue Pont de Sommeleville. And the cherry on top is that this mass of documents is unlikely to lie dormant for long, being very recently made more accessible to the public at large thanks to the inventory* written under the auspices of the Scientific Committee for the History of Verviers. On top of that, this inventory was also realised thanks to the generous help of Freddy Joris, an old friend of Jacques and an historian, esteemed for the quality of his works about the press and the regional cultural heritage.

In short, with the inventory to these rich archival holdings, anyone interested in the history of Verviers and its surrounding regions during World War 2 has now found a favorable “drop zone” on the banks of  the Vesdre river, so that all history buffs should rejoice.

The digital version of the inventory to the archive holding bestowed upon the city of Verviers by Jacques Wynants can be accessed here: Les Fonds Jacques Wynants et Yvan Simonis aux Archives de Verviers, Verviers, CSHV, 2020, 200 p. or on the website of Freddy Joris.